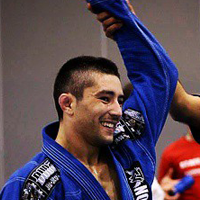 “I got introduced to BJJ back in 2003 after watching the early UFC’s and Gracie in Action tapes (you can still find some of these on YouTube). Basically these tapes showed these smaller statued Jiu Jitsu guys defeating all these larger opponents from other martial arts backgrounds. I felt like I had stumbled upon the holy grail of martial arts! I was looking for something to train in and wasn’t interested in doing Kata’s or ‘Forms’.  I wanted something more real, practical, challenging, and Jiu Jitsu met that need for me. In 2005 when I found the right training environment, I fell in love with Jiu Jitsu and never looked back.”

“My proudest accomplishments to date have been representing Australia twice at the ADCC Submission Wrestling World Championships in both Barcelona, Spain and Nottingham, UK where I got to compete with 2 of my idols, Rubens ‘Cobrinha’ Charles and Leo Vieira.

In 2015, I completed a 10 year goal of winning a State and Pan Pacific gold medal at every belt level when I won the Victorian and Pan Pacific Championships at Black Belt. I won this again in 2018 along with a Silver medal at the 2019 Asian Open in Tokyo, Japan.

Coach Lee and myself both teach the BJJ classes at Immersion meaning there’s 2 black belt coaches on the mat every night! We’d love to have you join us so we can share our Jiu Jitsu with you.” 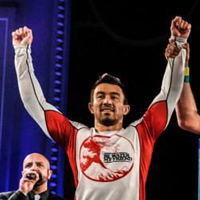 Lee started his Brazilian Jiu Jitsu training in 2005, after extensively training in many other forms of martial arts such as Karate, Wing Chun Kung Fu, Kick Boxing and Muay Thai.

Lee was awarded his Black Belt after 8 years of training and has competed and won nearly all major events with in Australia.

Lee has also travelled overseas to train with the worlds best competitors and is always looking at ways to improve his techniques and find new innovative ways to defeat opponents. Which can then be passed on to our students.

‘Competition to me is pure, you can’t fake your skill or talk it up. It is what it is. It also teaches you how to handle pressure and how to deal with defeat and success, it will make you stronger’. Lee Ting

Lee has a dynamic teaching style bringing serious training with a bit of play and laughter. Lee is always trying to bring out the best in his students, both mentally and physically. This also transcends through other facets of their lives also.

Lee & Dave both teach the BJJ classes at Immersion meaning there’s 2 black belt coaches on the mat every night! 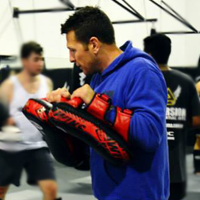 Keith has been involved in Muay Thai for over 20 years now. Originally from Scotland, he begun training when he travelled to Thailand for the first time and has been hooked since. Over the years he has fought in both Scotland and England and proudly represented his country twice on the world stage. During this time he was ranked #6 in the U.K.

Drawing from his large amount of experience Keith also holds his judging licence in the U.K. and Australia and you’ll see him judging on many of the countries biggest shows. 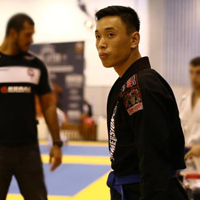 Ben started training at Immersion in 2012 with the goal of losing some weight, quitting smoking and making healthier lifestyle choices. He has done all 3! Since then he has actively represented Immersion in competition at home and abroad (IBJJF Worlds 2014). Benjamin believes that there are many skills in Jiu Jitsu that can be translated to everyday life and are beneficial for self-development; focus, patience, discipline, and respect. Benjamin loves being pushed by his coaches and teammates, and also loves teaching kids Jiu Jitsu. As a Myotherapist who specialises in treating athletes, when Ben’s not on the mat he’s treating our fighters, helping them recover from hard training and preparing them for competition.